Back to all posts

Danger! Danger! Rehearsals in progress - interesting report from a VATW school in the The Middle East 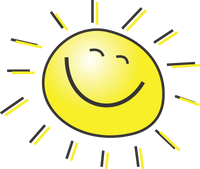 It’s amazing to think that thousands of students around the world are currently busy learning this year’s Voices Around The World song ‘Sunshine!’ We know from the feedback received that students of all ages are thoroughly enjoying the song and it looks set to be another Voices Around The World ‘smash hit’ when we release the Sunshine song/video at the beginning of July. The song has clearly had wide appeal, with very young children finding the tune easy to master and older students taking on the challenge of mastering some of the intricacies of the harmony lines. We thought you might like to read about an example of one school in action with this year’s song project.

The 'Sunshine' effect in Bahrain
Here is a report from Kristina Bourner who is a secondary school music teacher at a school in Bahrain in the Middle East:

Our students at St Christopher’s School have been busy learning the song “Sunshine” for the Voices Around The World 2017 project. Pupils across the Infant, Junior and Senior Schools are enjoying rehearsing the song for their upcoming concerts as well as getting very excited about the prospects of recording the song in April!

The song has a very catchy tune and It has been amazing to see how rapidly our secondary school students learned it. After just a short time into rehearsals the students had picked up the song’s lyrics and melodies. A few of them also joined in with the backing track on their own instruments whilst singing, with one or two on guitar, and a few others on cajòn box drums and percussion. They are really enjoying learning the song and have been particularly interested in finding out more about the band members behind the writing as featured on the voicesaround.com website.

The Head of Music at the Junior School, is also delighted with the progress that the Junior School singers have made with the song so far. The song has been such a success in choir rehearsals that the Music teachers at the Infant and Junior Schools have been including the piece in curriculum lessons involving 800 students! The HOM mentioned that ‘The pupils are really loving the song. Many of them asked me to share it with them, so I’ve shared it with the whole school on Google Drive. One of the Year 5 classes created their own accompaniment using classroom percussion and accompanied the whole Junior School singing it in an assembly. The Year 4 Lahan choir members are excited and looking forward to the upcoming recording session.”

Google Drive and Google Classroom have proved to be particularly useful resources to share the various backing tracks, lyrics and sheet music with the school community. Senior students mentioned that they have been enjoying listening to the song on their way into school whilst on the bus. Students also commented that the song is catchy and easy to learn, and said that it had often been stuck in their heads after rehearsals.

Thank you to the Voices Around The World team for the production of this year’s song!